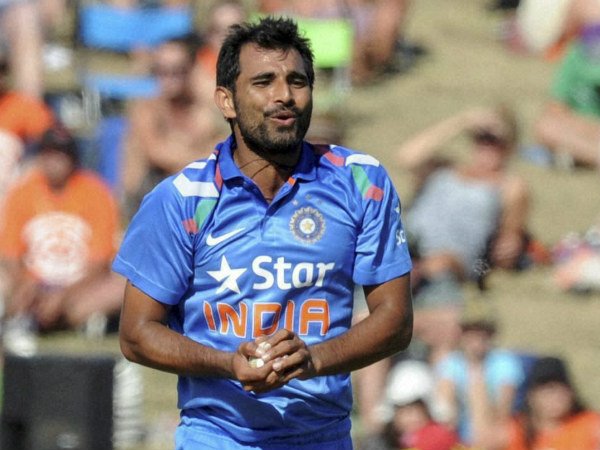 India’s leading fast bowler in the tournament Mohammed Shami today took a break from training session as a part of the recovery process after bowling full tilt in the quarter-final match against Bangladesh in Melbourne last week.

While there were some murmurs about the state of his knee, which has taken a lot of pounding on the hard Australian grounds, but team’s media manager RN Baba clarified that there are no reasons for worry as far as the Bengal pacer is concerned.

“Shami is 100 hundred per cent fit and is available for selection in the semi-final against Australia,” Baba told PTI today.

Asked as to why Shami neither played football nor did he bowl at the nets like Mohit Sharma and Umesh Yadav, Baba replied, “He had requested for an extra day’s rest and his wish was granted.”

Shami has so far taken 17 wickets from seven World Cup matches so far. Bhuvneshwar Kumar bowled an extended session at the nets today. India take on co-hosts Australia in the second semi-final at the SCG on Thursday.