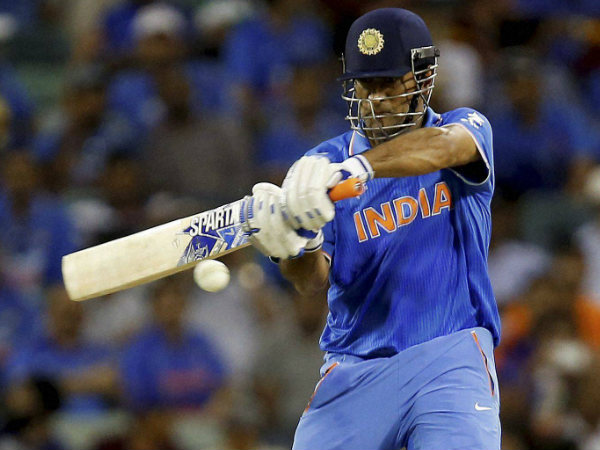 MS Dhoni today swapped his cricket bat with a tennis racquet for a unique training method ahead of their ICC World Cup 2015 semi-final against Australia.

10 facts about the match To prepare his batsmen to handle bouncers, Dhoni has come out with an innovative idea and he was seen using it at Sydney Cricket Ground (SCG) on Monday. Dhoni’s tennis racquet formula for semis Dhoni’ has a new training method for World Cup semi-final.

“India captain MS Dhoni walked over to the nets with a tennis racquet and tennis ball in his hand,” BCCI’s official website reported today on how India were preparing for the big semi-final on Thursday (March 26). “Dhoni served a few with the tennis ball to Raina to which the left-hand batsman responded with a few leaves and pulls. This went on for close to 15-20 minutes and at the end of it Dhoni had a few words of advice for his teammate,” the report added.

It further said, “After (Suresh) Raina, it was Shikhar Dhawan who went through the same procedure with the Indian captain. Quite naturally, India are expecting the Australian pacers to come hard at them with bouncers and are doing their best to be prepared for it.”

The captain and his batsmen are leaving no stone unturned to put it past Australia on Thursday. Two more days of practice and we will have the on-field action unfolding at SCG on March 26.
Will Dhoni’s tennis racquet formula yield results on the big day?