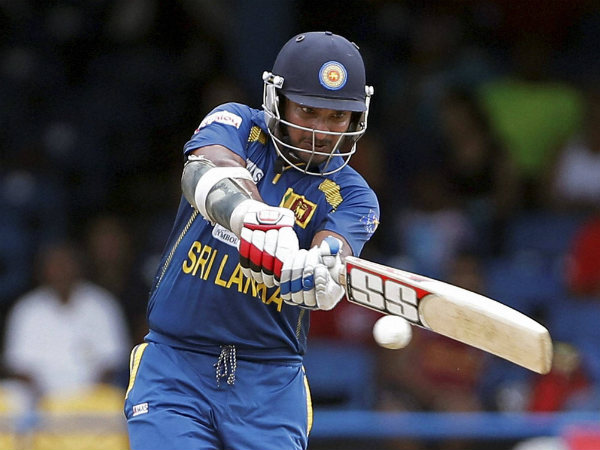 All eyes will be on Kumar Sangakkara when Sri Lanka face South Africa in the quarter-finals of ICC World Cup 2015 here at Sydney Cricket Ground (SCG) tomorrow (March 18, Wednesday).
Sangakkara has been in great batting form, constructing four hundreds on the trot, a record in the history of One Day Internationals
Now, the 37-year-old will be hoping to go further and make it five in five in his final World Cup. If he does that, he will match batting legend Sachin Tendulkar’s World Cup record of most number of hundreds – 6. So far, Sangakkara has 5 World Cup tons, joint second with Australia’s Ricky Ponting. Sangakkara has achieved this in 4 World Cups. Tendulkar played in a joint record of 6 World Cups from 1992 to 2011. South Africa captain AB de Villiers and his men will be working out plans to stop Sangakkara tomorrow. If he stays true to his form, the Proteas’ record of not winning a knockout game in World Cup ever will remain. When this World Cup started, many thought no batsman could come closer to Tendulkar’s mark of 6 hundreds. However, Sangakkara has proved it wrong. The wicketkeeper-batsman is also the first batsman in World Cup history to register 4 three-figure marks in a single tournament. Can he emulate Tendulkar on Wednesday?