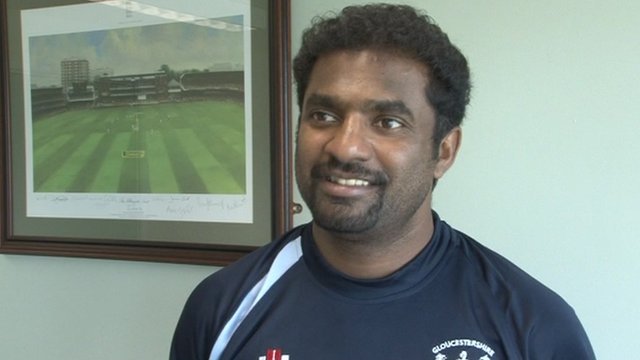 Muralitharan, a veteran of Sri Lanka’s defeated sides in the 2007 and 2011 finals, believes all the pressure will be on the team batting second at the Sydney Cricket Ground and that Angelo Mathews’s men can capitalise on South Africa’s poor record when chasing.
“I have two messages, win the toss and do not get too hung up thinking about AB de Villiers,” the off-spin great wrote in latest ICC column.
“The side batting first in one-day internationals at the Sydney Cricket Ground wins 58 per cent of the time according to the statistics but, in the pressure of a knock-out match as this one is, I reckon the advantage of runs on the board counts for even more than that figure suggests.”

South Africa’s four group game victories all came batting first, piling up 411 against Ireland, 408 facing the West Indies, 341 to beat the UAE and 339 in the win against Zimbabwe.
But batting second, de Villiers’s team made just 177 chasing India’s 307 and a disappointing 202 in pursuit of Pakistan’s modest 222.

“A total in excess of 300 batting first means the side needing to get those runs has to go at a run a ball from the outset and, if wickets go down and the run-rate increases, and in the knowledge of it being a win or bust encounter, batsmen’s brains can get scrambled very easily,” added Muralitharan.
“South Africa have a reputation for buckling at the business end of major tournaments. Sri Lanka have no such hang-up having won the World Twenty20 last year and reaching the World Cup final in each of the past two editions.”
Muralitharan advised Sri Lanka not to get distracted by de Villiers who has made 417 runs at the tournament with his best score a blistering 162 not out against the West Indies at the same SCG where Wednesday’s quarter-final will take place.
Instead, Sri Lanka have their own game-changers in Kumar Sangakkara, the leading run-maker with 496 and four successive centuries, as well as Tillakaratne Dilshan on 395 runs and boasting a best of 161 undefeated against Bangladesh.

“Sri Lanka need to focus on getting de Villiers in as quickly as possible. If he comes in with a platform laid, wickets in hand and the field spread then that is a licence for mayhem, especially against a Sri Lanka attack that has struggled to contain opponents throughout this World Cup.
“But if de Villiers comes in at 80-3, especially in a big chase, then that could be a different story entirely.” He added: “If I was in charge of the Sri Lanka team meeting then that would be a major theme of mine: forget how much they can hurt us with the bat; we can hurt them just as much, or even more.”