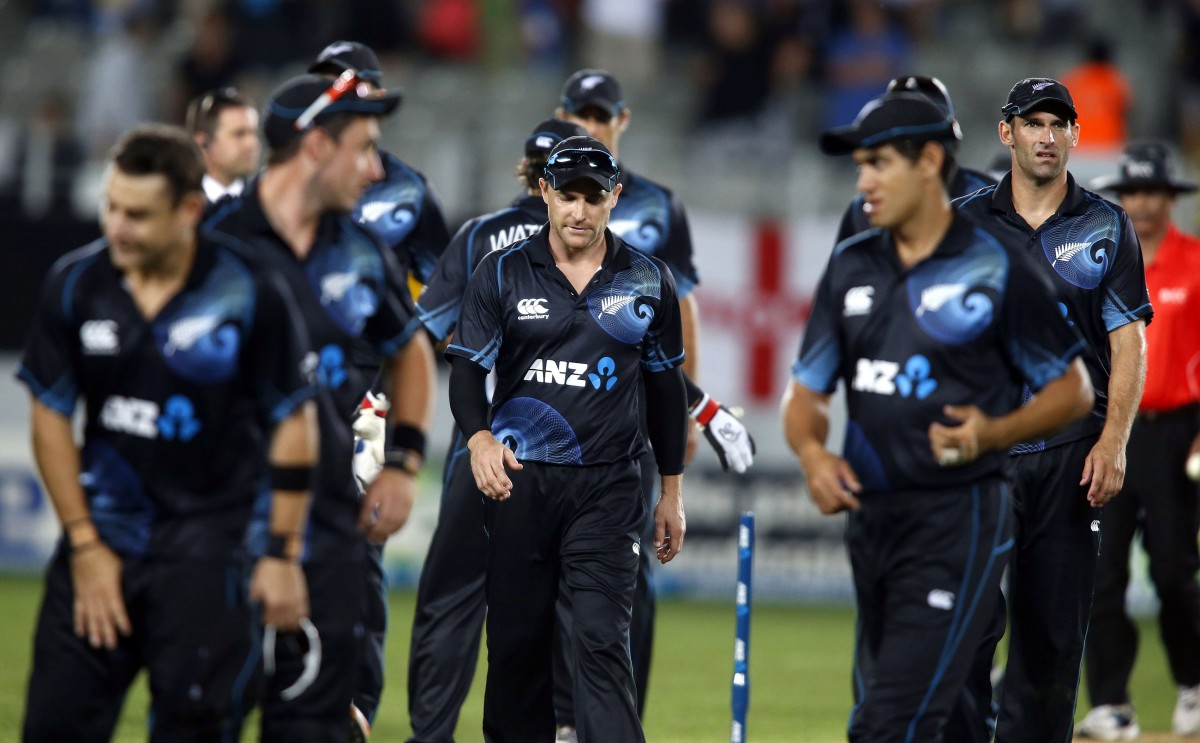 Home advantage has helped carry New Zealand through the World Cup, amid frenzied atmospheres that peaked during the astonishing semi-final against South Africa. Now, though, the players have left the feeling of familiarity behind to play the biggest match of their lives. And the contrast in venues does not come much greater than Eden Park to the MCG.

Some of the shortest boundaries in the world will be replaced by some of the longest. Both grounds have hosted four matches in the World Cup: the Auckland sixes count is 56, Melbourne 19. However, to suggest that it is a game-changing difference is to do injustice to New Zealand’s batting. Martin Guptill’s 110-metre six that landed on the roof in Wellington would have comfortably made the MCG stands and Brendon McCullum will just see it as another challenge. Still, there will be a new test presented to the batsmen.

New Zealand visited the MCG in October to get a feel for the venue, but walking round an empty ground cannot start to replicate what they will be greeted with on Sunday. The last time they played in Melbourne was 2009 and they were guided to victory by an unbeaten 61 from Grant Elliott, the one New Zealander not to make the planning trip last year.

Six of the New Zealand side from that day will, barring injury, play the final. Alongside Elliott, there was McCullum, Guptill, Ross Taylor, Daniel Vettori and Tim Southee. McCullum faced 75 balls for his 43; in his current mindset a 75-ball innings would leave him not far short of 150. Luke Ronchi, meanwhile, will bring his Australia and Western Australia memories with him, which amounts to 14 matches on the ground. For four of the likely starting XI – Kane Williamson, Corey Anderson, Trent Boult and Matt Henry – it will be their first appearances at the MCG.

Vettori, in what is likely to be his final international appearance, will be a key player. Such is his longevity he has played eight times at the MCG from 1997 to 2009, and though he only has eight wickets his economy rate is 4.39 – albeit before the current fielding restrictions. In the 2009 match, he was part of a twin-spin attack alongside Jeetan Patel and bowled his allocation for 35 runs.

Batsmen will need to adjust their sights and running between the wickets will become as important as clearing the rope. As a rudimentary example, there have been 26 threes run at the MCG in four matches compared to nine at Eden Park. That also impacts the fielding, the teamwork and aggression, which have been markers for New Zealand. Cutting off twos becomes a tough task for the deep fielders and you can expect plenty of use of the relay throw. And that’s before you factor in the ‘advice’ that will no doubt be offered from the other side of the fence.

“We’ve played cricket around world so nothing really changes,” Henry insisted. “You just adapt to the conditions, we’ve done that throughout New Zealand. It doesn’t really matter with some of the guys in our team, boundaries aren’t big enough so we don’t need to worry about that. It’s just a beautiful ground, just enjoy it. Soak it up.”

For the players, adjusting their own games is something they have control over. But one aspect of the final that is out of their hands will be the support-base. Whoever had won the second semi-final would have had the majority of the crowd behind them. Now that Australia have made it, New Zealand can expect a hostile welcome especially after the previous meeting at Eden Park.

There will not be a full house roaring their support for New Zealand, as there was that day or in the semi-final, though significant Kiwi backing is expected. Air New Zealand have added an extra charter flight on Sunday morning to ferry fans across the Tasman – the return flight arriving in Auckland at 7.30 am on Monday, in time for work – while Jetstar have said “half their flights” from New Zealand to Melbourne are sold out. Still, a few planeloads of people do not make much of a dent in a 90,000-seater stadium.

“The crowds have been amazing everywhere around the country,” Mike Hesson said. “We’ll miss them, no doubt, at the MCG but I know there’s a fair few going over … they’ll probably be drowned out but we’ll know they are there.”

Henry, for whom this trip is only his second visit to Melbourne, was just waiting to savour the day. “For me personally it’s the first time to touch the turf,” he said. “There’s excitement, it’s not something to be daunted and scared of. It’s a time to embrace it.”

Never mind that they are on Australia’s patch this time, New Zealand’s performances in this World Cup – and especially the semi-final – mean they will have no fear. The MCG provides a vast challenge, in every respect, but the ground alone will not decide the World Cup.